Multitasking Mania: Getting a Grip With Only Two Hands

You sit down to make a note about a project. The phone rings. While you’re talking, someone pops in with a question as the computer dings the arrival of an important email and you remember that you forgot to make dinner plans.

Whether it’s at work, at home, or while out running errands, sometimes it seems like an extra set of hands would come in, well, handy. Multitasking is a part of modern life and a lot of it seems to happen while people are on the phone.

In an independent survey of 500 women, commissioned by Motorola, 80 percent of women say they are engaged in another task while talking on cell phones.

The survey shows that multitasking is more prevalent with younger women:
* 97 percent ages 18-34 multitask while on cell phones
* 62 percent of those ages 21-24 juggle two or three activities while talking on the cell phone
* only 27 percent of women ages 55-64 multitask on the phone

“There’s no question that today’s women rely on their cell phones to stay connected and multitask throughout the day,” said Severine Zaslavski, director of the woman’s market at Motorola.

Studies are showing that multitasking isn’t the most productive way to do things. How can busy women still get things done with only one set of hands?
* Make a List. If you don’t know what needs to be done, how can you manage your time to do it? Write it out by hand, use some list making software – whichever works for you, get the list done. Crossing things off the list is visual proof that something got completed.
* Chunk it. Set aside chunks of time for specific tasks. You don’t have to drop everything to answer every email the second it arrives. Carve out a block of time once or twice a day to focus only on email. If you know you work better in the mornings, set aside a block of morning time to get the most important things done then. Breaking projects down into manageable chunks also makes it easier to get started on them.
* Let it go. Take a look at the list – there are probably things on there that you can let go of so that you can focus on things that are really more important. Simplifying takes pressure off and frees you up to be more productive.

Sometimes multitasking is just a necessity. And when you must take that phone call while doing something else, consider hands-free phone options that will help you be more efficient.

Getting a grip on multitasking mania doesn’t have to be hard. It’s possible to find solutions that will keep you focused and connected-and that means you’ll be happier and more productive, too. 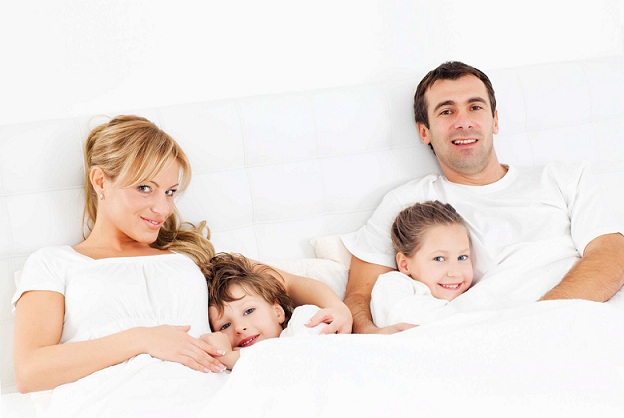 Why is Sleep Important for a Healthy Family?