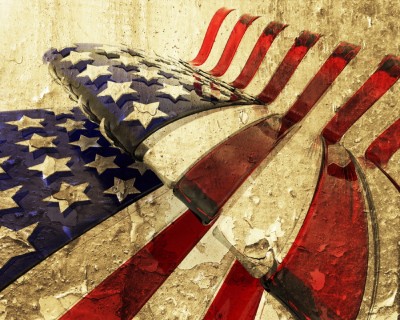 Everyone has an opinion about the death of Osama Bin Laden. I, like millions of other Americans, was pleased to see that justice prevailed and know the world is much safer without him. Hubby first heard/saw it on Facebook. He says, “Hey Kath, Bin Laden is dead. Some just posted it on Facebook.” I laughed, “That is just stupid. Who posted that nonsense?” He replies, “Ummm DEAR, his voice elevated, you don’t understand as he moved toward the television and flipped to Fox News. “HE IS DEAD!” OMG, I immediately left the foodie post I was writing. The scroller read something like this – Osama Bin Laden was killed by us forces last week. The news was withheld pending release of DNA testing. President Obama would speak to the nation shortly.

“And finally, last week, I determined that we had enough intelligence to take action and authorized an operation to get Osama bin Laden and bring him to justice.

Today, at my direction, the United States launched a targeted operation against that compound in Abad Abad, Pakistan. A small team of Americans carried out the operation with extraordinary courage and capability. No Americans were harmed. They took care to avoid civilian casualties.

After a firefight, they killed Osama Bin Laden and took custody of his body.”

Then within 24 hours, the body was trust into the sea. President Obama explained the remains had been handled in accordance with Islamic custom, which requires speedy burial. The Pentagon later said the body was placed into the waters of the northern Arabian Sea after adhering to traditional Islamic procedures – including washing the corpse – aboard the aircraft carrier USS Carl Vinson, the news media reported.

What about that scrolling message that claimed the incident happened one week ago? The burial could not be handled in accordance with Islamic custom had that been the case. Was it a case of loose lips or a cover up?

If it was a week ago, that could mean it was Easter Sunday. Would that not have been an even worse day to announce the death of this murdering, evil terrorist? Christ has Risen and the terrorist fallen? Of course it wouldn’t bother me one bit. Christ is King! However, add to an Easter Sunday death the week delay waiting for DNA. How many terrorist strikes might that have caused?

President Obama said today and who is to say otherwise, the neighbor on twitter? Maybe he was a paid plant to back up the time of death. We will never know the answer to these questions. Osama Bin Laden did not deserve the courtesy he was given and therefore the words of the President are good enough for me.

Sure does explain the difference in time, just saying. What do you say, think my theory is believable? Probable? Hog Wash?

How to Raise Life-Long Readers

Smiles For a Lifetime