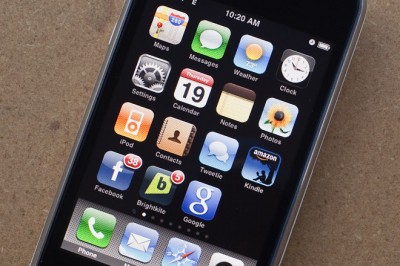 The new 4G Iphone is expected to be released in early June. The phones will ship later in the month. Walmart has ads showing the roll back of 3G iPhone prices. It’s funny, according to Wired.com, AT&T’s CEO Ralph da la Vega said during an investor conference that his company was not fazed by the possibility of a Verizon iPhone. Apparently, a Morgan Stanley analyst says somewhere around 70% of Verizon customers would upgrade to the new iPhone without having to switch their network. No concerns from AT&T, yeah right.

The release may be just in time for Father’s Day, perfect! According to a few celebrity tweets, next generation iPhone commercials are in the process of being produced, and a few will focus on iPhone’s video chat feature. I just cannot wait to see what new apps and iphone accessories come about!
June 7th is only a few days away. Steve Jobs, co-founder of Apple and Pixar, says we will not be disappointed with his announcements. We shall see.

Holy Cow Christmas is almost upon us!