Do you use Twitter often, I do. In fact, I might like tweets and tweeting more than comments and commenting. That may be due to my dislike for typing or sometimes loss for the proper words. Perhaps I am simply a lurker at heart, I dunno. I perceive tweets this way not only are they faster and easier than comments but also shared with lots of other social media sites. Now I’m no tech specialist, social media expert, or have any other credentials for that matter. I find the tech stuff fascinating and programming quite interesting thus reading a wide variety blogs.

I came across Sysomos.com, a social media analysis service and provider, who recently posted an extensive annual data comparison concerning Twitter users. Sysomos found a whopping 44% of the total Twitter population joined between January 2009 and Aug 2010.  What’s more, Twitter user info increased immensely in 2010. According to the article:

This brought my biggest Twitter peeve to mind. I’ll start with a question, does your blog benefit from a re-tweet? We know that scores of bloggers auto post tweets to their social media accounts and install tweet widgets on their front pages, and even get tweets on their cell phones. That is a huge amount of exposure and conversation opportunities. Common sense right.

Well, not if your visitors are like me. I totally hate it, yes hate it, when I come across an awesome recipe, photo, or blog post, click the re-tweet, and see a window without a twitter user. I’m thinking, “Oh man I have to tweet this. The author will know how awesome I think this recipe is or how much I admire or benefit from their post… click…. Title and short url… User… ummm none… Instant retweet killer.”

This is such a personal peeve of mine most times I close the window without tweeting the post. Not fair to my Twitter followers I know but I get so, so, aggravated. Is it just me? How about this, for all the non-tech DIY twitter lovin’ blog friends like myself (if there are any), I compiled a Twitter Button help list.  I’m partial to TweetMeme. It is easy to configure and works well with my food blog as well as my other wordpress blog. Besides, I want you all to KNOW when I tweet your post, just sayin. 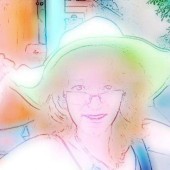