A guy goes to a woman’s house for the first time, andshe shows him into the living room. The woman excuses herself to go to the kitchen to make them a few drinks. As he’s standing there alone, he notices a cute little vase on the mantel.  He picks it up, and as he’s looking at it, the woman walks back in.

He says “What’s this?”
She says, “Oh, my father’s ashes are in there.”
He goes, “Geez…oooh….I…”
She says, in a cheerful voice “Yeah, he’s too lazy to go to the kitchen to get an ashtray when smoking his cigar.”

An unmarried woman who worked in a busy office arrived one morning and began passing out big cigars and candy, both tied with blue ribbons. When asked what the occasion was, she proudly displayed a new diamond solitaire ring on her third finger, left hand, and announced…

A traveling salesman rings the doorbell and 10-year old Little Johnny answers holding a beer and smoking a fat cigar. The salesman says, “Little boy, is your mother home?”

Little Johnny taps his ash on the carpet and says, “What the hell do you think?”

There were three little babies sitting next to each other in shopping carts in the grocery store check-out line.

And the third baby says… “You think you guys got it bad? How would you like to share a breast with a guy that smokes cigars!”

Phyllis Battelle – Hearst Headline  journalist – “A broken heart is what makes life so wonderful five years later, when you see the guy in an elevator and he is fat and smoking a cigar and saying long-time-no-see.”

George Burns – Actor, comedian, writer, cigar smoker – “Happiness? A good cigar, a good meal, a good cigar and a good woman – or a bad woman; it depends on how much happiness you can handle.”

Have a great weekend! 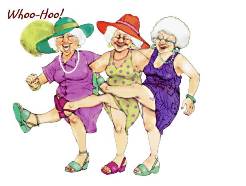