Deep Wrinkle Creams – Are you serious?

Dermavexin is said to be the top ingredient proven to repair damaged and wrinkled skin. Sounds to me more like the name of a hemorrhoid cream or perhaps one of those heating body oils. In all seriousness, these claims are insulting.

For example, the front page of dermavexin.com boasts, “We have been involved in researching, reviewing, and formulating the best skin care products on the market for over 10 years now… The amazing thing is that we were able to implement this controversial technology to dermavexin. With dermavexins highly advanced ingredients, skin cells can be stimulated and transformed into new tissue with the help of stem cell technology.” blah blah blah.

In reading over the list of ingredients, the thought shampoo label came to mind. The long list of technical ingredients began with deionized water, can you imagine that. Does anyone besides me ever think to herself, what company performed the ten years of research on this wrinkle cream? Why does every website associated with this stuff look the same? Since water is the first listed ingredient, does that not mean that this stuff is mostly water? Are you serious, water. Water is a life necessity but c’mon highly advanced?

In an effort to be realistic and fair, a visit to Consumer Reports ensued. Consumer reports did not have a listing for Dermavexin, Prevera, Prototype #37-C, or 7 Second Eye Lift. Testing the most common and reputable companies who produce wrinkle creams, such as Avon, Lancome, and Olay, Consumer Reports found the following:

“Both the photo assessments and instrument measurements found, on average, only slight improvements. But every product performed better than that for at least some test subjects and failed completely for others. Given what is known about skin aging, that’s not surprising. ‘Skin is not Saran Wrap,’ says Amy Newburger, an associate attending physician in clinical dermatology at St. Luke’s-Roosevelt Hospital Center in New York City. ‘It’s alive and metabolically active. Each person’s skin has its own unique requirements and responses.’”

Consumer reports offer insight to their test procedures and findings process, which supports a meaningful level of credibility. For this wrinkle cream test they wrote, “We chose women between the ages of 30 and 70 with light skin, the type most susceptible to developing the fine lines and wrinkles that most creams claim to address. Each cream was tested by 17 to 23 women. They were recruited by a European laboratory specializing in cosmetic evaluation” as a portion of the process.

I mean these off beat deep wrinkle cream products are available on about a million no name sites, just do a Google search and see for yourself. Women will not find them in not Macy’s, Saks, JC Penney, or even cheap Wal-Mart. That fact speaks volumes, I’m just sayin’ 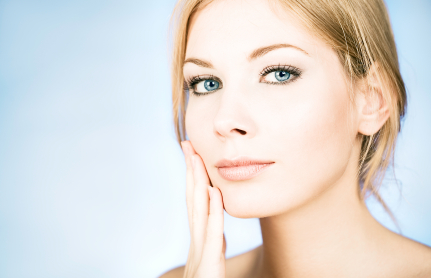 Hair Removal Tactics: From Waxing to Lasers and Beyond

Diets that work… for SEO